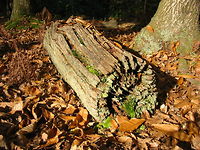 People often quote Jesus to escape judging anything as right and wrong.

But he meant the opposite, it’s a command to judge! But to judge based on God’s standards and not our own.

It’s not a call to be blind, but generous and caring.

We’ve included a fun short film that illustrates this humourously. Look for the “Short Film” link on the web, or the second video in the app menu, or at vimeo.com/66753575

Jesus wants us to first become aware of our own situation, then another’s.

If we pretend to be judges by our own standards, we can’t plead ignorance of the law we administer.

Are you prepared to judge someone by the same standards?

Pretend you arrive at heaven. You’ve had a recording device hanging around your neck all your life, and God says “I will go easy on you, I’ll judge you by your own standards, instead of godly standards.” So he plays back all the times you set a standard: Listen to me, don’t talk behind my back, don’t use that tone of voice, etc. How would that go?

Jesus doesn’t want us to cease to be human – we were created with reason. He just wants us to cease trying to be God.

He puts all humans on a level playing field, where we can together explore how God’s standard is much better than any we’d make up.

Be a brother…that’s the language used here.

Question: Go through the last week’s interactions with your colleagues, family, friends and even strangers. What standards do you set up for others? Then go back through the list and check off those you’ve kept yourself.