Tuesday - Study It - The Golden Rule 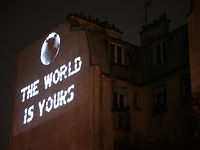 Here’s one of Jesus’ most famous one-liners:

“So whatever you wish that others would do to you, do also to them, for this is the Law and the Prophets.

Then he went on:

We’ll look first at the first part – what’s known as the Golden Rule.

You may think this was nothing new. Haven’t other teachers said similar things?

Rabbi Hillel was once approached by a young man who asked him to summarize the whole law while the inquirer stood on one foot. He simply said, “What is hateful to yourself do to no other.”

Socrates told a story of a Greek King: “Do not do to others the thing that makes you angry”

Confucius was once asked, if there is one word to sum up the law of life and he answered, “Reciprocity: What you do not want done to yourself, do not do to others.”

People will often repeat a similar idea today: you can do whatever you want as long as you aren’t hurting someone else.

If Jesus is just saying what others have always known, it seems strange for him to pair this saying with a story about a narrow gate, and how difficult it is to live this out, and how few people will manage to do it.

But in fact, Jesus isn’t saying the same old thing, he says something very new!

When this concept appears in other traditions, it’s always in negative – do not do to others what you would not have them do to you.

But Jesus says the positive: Go above and beyond. DO. He wants the motivations to be love, not fear. The object to be the other person, not self. The question to be, not how much I can get away with, but how much can I do for others.

That’s what Jesus was all about.