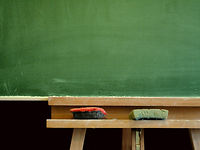 We’re looking at the final section of the Sermon on the Mount this week:

“When Jesus finished these sayings, the crowds were astonished at his teaching, for he was teaching them as one who had authority, and not as their scribes.” (Matthew 7:28-29 ESV)

Jesus’ teaching is widely thought of as being the greatest and most original human teaching to have ever existed. No one is quoted more than Jesus. Many people, even those who are not Christians, have the greatest respect for Jesus and try to live by his teachings.

A friend of mine once proudly quoted to me: “Abraham Lincoln once said, ‘a house divided against itself cannot stand’” I had the joy of telling him that Lincoln was actually quoting Jesus!

When I began a Masters degree – I read through the grading structure – what constitutes an A, B, C, etc. Description of an A+ was “Profound and Creative – Strong evidence of original thought.” This is a rare thing indeed – someone who can come up with completely original ideas, rather that simply quoting, or worse, stealing the work of others.

Jesus dared to do this – in the Sermon on the Mount, he regularly started with, “I say to you.” or “I tell you.” Whenever he says “they say” and quotes another religious teacher, he is about to say they’re wrong!

He was acting as if he could just say these things under his own authority, as if he was the source of all wisdom, knowledge and morality. Because he was! But they didn’t know that yet.

Question: Reflect on all that Jesus has been teaching and what we have studied in the Sermon on the Mount through the last several months. What has amazed you about his teaching? What has confused you?