Can you think of any other stories that illustrate grace for you? How have you been shown grace?

God wants us back.  We were created for relationship with God and he will throw away his dignity to bring that about…and he did that by coming to earth as Jesus.

This story about two sons and their father is a story of grace at work in someone’s life. 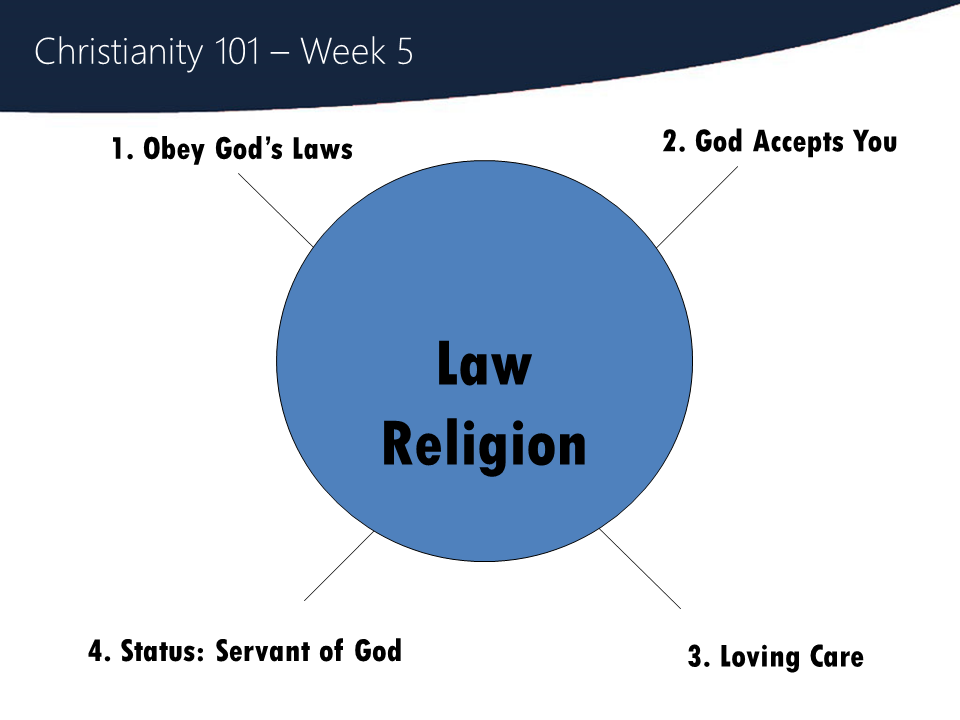 We can see it in the grace diagram from last week.

The Prodigal Son thought his father was a man of law, when he crawled home and said “I am no longer worthy to be called your son, treat me like one of your hired hands.”

He hadn’t obeyed his father’s laws, so the best he could hope for was to be a servant of his father, if he could only get his act together long enough.  He would have to earn his father’s acceptance in order to receive care in the form of food and shelter as a servant.

The other son thought the world worked this way too. He’d followed all the rules, so he felt he deserved much more love and care and status than his brother.

But what both got was a man of grace, when the father welcomed his lost son home, gave him loving care with a banquet loaded with food and drinks, and gave him a new status as his son, with ring. 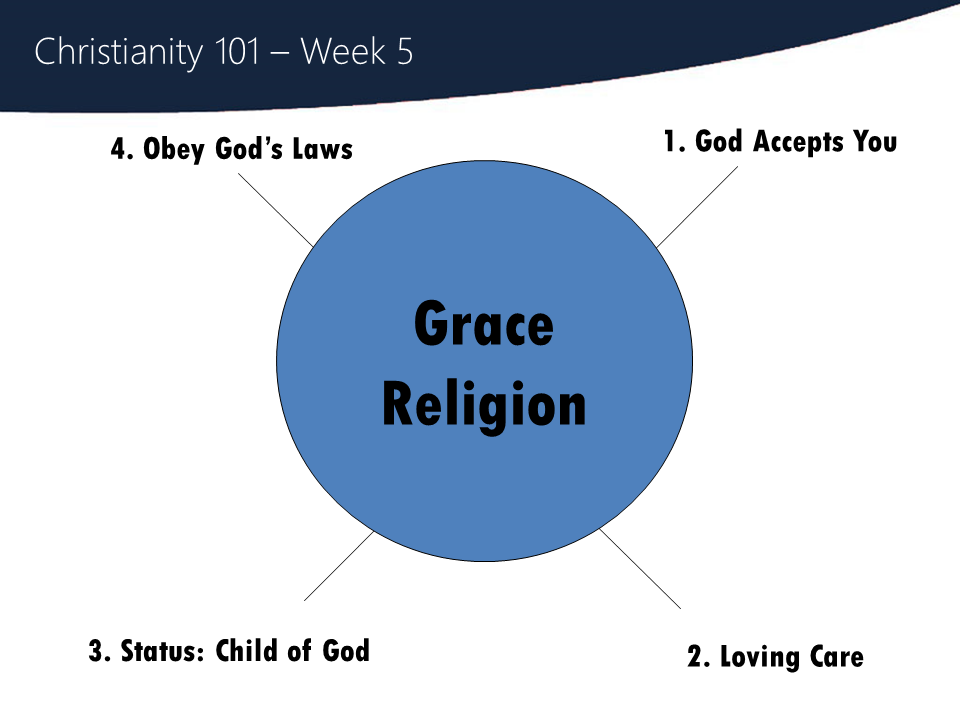 After all that grace, I can only hope that the son responded by obeying his father’s laws, being all the more thankful for what he’s received now that he’s experienced life away from his father’s love.

A past C101 participant – on his baptism request form that he wanted to be baptized because “This is the time to come home and stay home.”

We can come home to God because of his amazing grace.

Book: Tim Keller’s book, the Prodigal God, uses this story as a great illustration for all of Christian faith.  Recommended.

Question: Can you think of any other stories that illustrate grace for you?  How have you been shown grace?