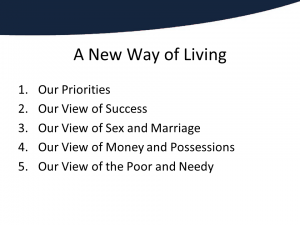 Finally, living out God’s kingdom here and now affects many areas of our lives. It reorders our priorities, views of success, sex and marriage, money and possessions, and the poor. That is a big, loaded list.

From the outside, although it looks strange and different, those who practice living God’s kingdom here and now in these ways find that it’s exactly what they were created for – that they’re living according to the script written for their lives and their world, and it’s a natural fit like none other, even though it’s new and different. They are practicing living in God’s way.

It’s possible you don’t like that idea, and it makes you fear following Jesus means losing freedom. We all want to be free, and so sometimes when we hear about laws, living a certain way, we think someone is trying to control or take away our freedom. 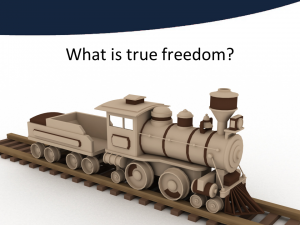 Imagine a train, that gets bored, looks at countryside, longing.

It decides it would be happy if I just jumped the rails and could enjoy the ocean, mountain tops, etc. If it does jump the rails, however, it will find disaster, not happiness.

Trains are not designed for fields, designed for tracks. A train is never more free than to do what it was designed to do…run on tracks.

It’s the same with humans, as we were designed by a creator for a specific way of life. We may look longingly at other ways of living, we may even think they represent freedom, but they will ultimately ruin us. “For best results, follow maker’s instructions.” 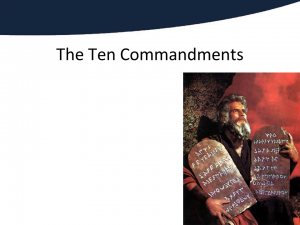 You are probably familiar with the Ten Commandments. They are an important part of the tracks that God has created for our lives, the guidelines that keep us from self-destructing.

Where did they come from? They are over 3400 years old. God led the Israelites out of danger and slavery, and then gave the laws by which this newly freed people were to organize their life together.

Ten Commandments Come first and take most important place. They were given to Moses by God written on stone tablets.

You’ll remember the diagram I drew in Week 1. 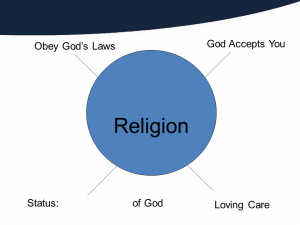 This is fundamentally what every religion is based on, and what most Christians think a relationship with Jesus is about. But it’s not true.

Instead, knowing God qualifies you to try and follow these commandments…God is working in and through his followers to help transform their lives from the inside out.

This was certainly true for Israelites. God, in his love for the Israelites, saved them from slavery in Egypt by parting the red sea. Only once they were safely on the other side of the sea from the Egyptians did he give them the commandments, and call them to live by those commandments in thanks for the gift he’d given them.

The 10 commandments answer the question: “How can I live to thank the God who has loved me so much?” 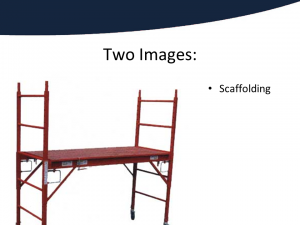 One way to understand the commandments, is as scaffolding.

When we build a new building, it’s so often covered in scaffolding, until the day it’s removed and we see the beautiful structure they were building underneath.

Laws are scaffolding, Building new person, changed by the Holy Spirit on the inside to love nothing more than God.

When complete, scaffolding like the 10 commandments are removed, no longer necessary.

We will be fully transformed, made perfect and acceptable to a holy God.

But none of us there…and until then, we need this scaffolding

Let’s take a quick run through these commandments.

The Commandments deal with two things: 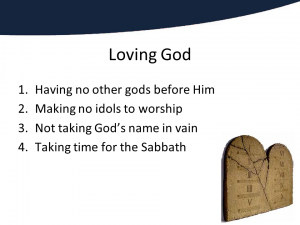 These first four are about our relationship with God…and loving God. 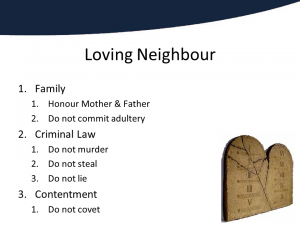 These ones are all about our relationships with one another.

God is in the transformation business. He not only wanted to see the Israelites as a transformed society, but also to see the minds of all his created human beings transformed in this way.

Remember the graph showing the order…1. God loves you, 2. you received God’s love and his care 3. You become a child of God…then you follow the commandments.

What I’ve just taught you is all based on the first three being true, and that this is the way to live in response…to say thank you.