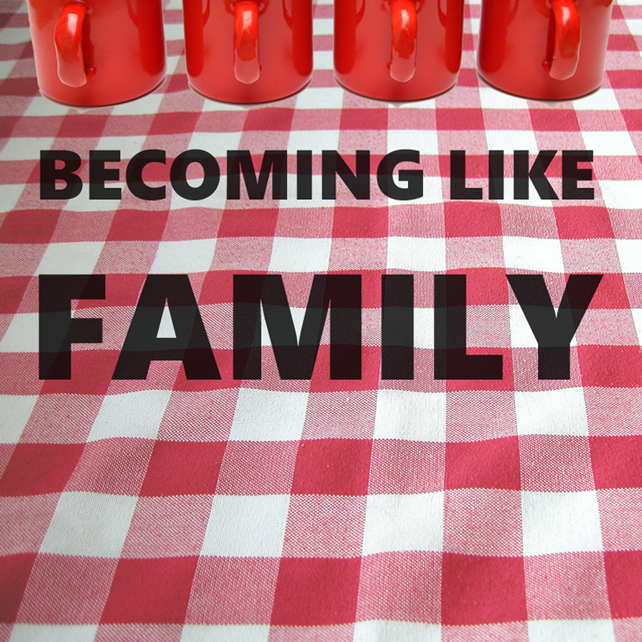 We are in our last weeks of a new series on “Becoming Like Family”. This is important as our online community begin to share the daily challenges with friends, and we begin to gather our larger community together as one church community. We won’t be bound together by a building, or institution, but rather by five commitments. We’ve talked about commitment to common learning goals, connectedness as a community of small and large groups, connectedness to God in worship, grace in our lifestyles, and finally this week we end our series with a commitment to generosity in our resources. Last week the Governor General kicked off a new initiative in canada: MY Giving Moment at http://mygivingmoment.ca/. You can watch a video introduction here: http://www.youtube.com/watch?v=_9Tn22k6jwE Canadians clearly have an openness and willingness to give to others. According to a survey published in November 2012 the number of Canadians who made a charitable donation increased by 10% in 2012, while the total amount of donations increased by 14% when compared to 2011. But when Christians talks about giving, sometimes it feels different. We might expect Christian teaching on giving to be self-serving, like we only talk about generosity when it means putting money on a plate to support a particular institute or building, or in the worst examples, buying a pastor a luxury car or mansion in the woods. Imagine you are channel surfing, and you see a televangelist asking people to make a pledge – do you assume they’re genuine, or do you get concerned? Billy Graham, who just celebrated a birthday, is widely recognized as one internationally known preacher whose reputation is intact, but it’s so unfortunate that he’s seen as the exception rather than the norm. A friend of mine attended church for first time, to support a friend's baptism, and I remember the look of horror on his face when the members of the church started passing a brass collection plate around. This man of another religion felt compelled to give to support something he didn’t believe or understand simply because a plate was going to be passed under his nose and he didn’t want to be embarrassed appearing cheap. For all these reasons and more, the notion of churches and christian ministries talking about money can be a touchy thing. Some might suggest we’d be better to leave it alone, and teach about lighter stuff. But if someone told you that the Bible was a great way to learn about Jesus, and then handed you a Bible with a bunch of sections blacked out, you’d be suspicious, wouldn’t you? You’d wonder what they were holding back, and rightfully so. You’d call WikiLeaks and see if they know what's been blacked out! It would be dishonest of me to pretend that Jesus didn’t have an awful lot to say about money and how we live with it. It would be like blacking out 15% of Jesus’ words in the Bible! I think Jesus said so much about money and possessions because he knew that the place of money in our lives was a spiritual issue far more than it was simply an economic issue. He knew money had a lot to do with our feelings of self-worthy, identity and security in life. The exact things we are meant to derive from God, and that are meant to be developed in and through our generosity. Question: Have you seen someone who worships money? How could you tell? Reminder: Earlier in this series, we saw the importance of reading the Bible together in sync, so our new daily bible readings start today in our mobile app and web site.

This series looks at becoming “like family” with others learning to follow Jesus. We're exploring how the church is not a building, institution or event, but a community of people. It's important that explore what church means as we prepare to launch a new church in Ajax in 2014.