Tuesday - Study It - Neighbours to Acquaintances 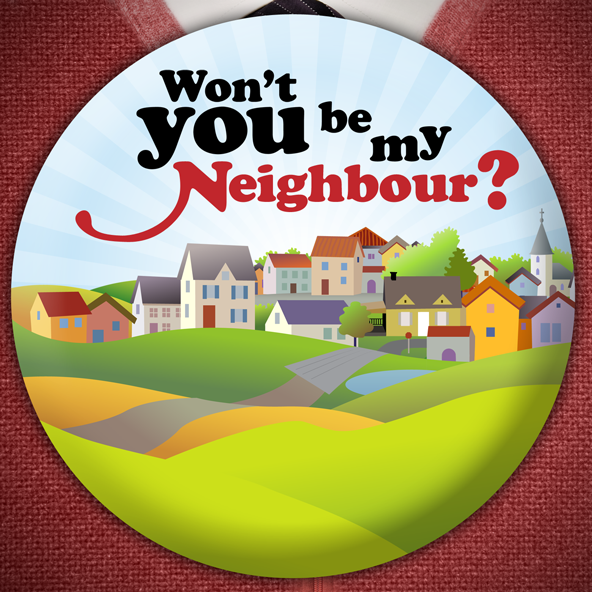 Here’s an interesting story from a busy period in Jesus’ life: And when Jesus had crossed again in the boat to the other side, a great crowd gathered about him, and he was beside the sea. Then came one of the rulers of the synagogue, Jairus by name, and seeing him, he fell at his feet and implored him earnestly, saying, “My little daughter is at the point of death. Come and lay your hands on her, so that she may be made well and live.” And he went with him. And a great crowd followed him and thronged about him. And there was a woman who had had a discharge of blood for twelve years, and who had suffered much under many physicians, and had spent all that she had, and was no better but rather grew worse. She had heard the reports about Jesus and came up behind him in the crowd and touched his garment. For she said, “If I touch even his garments, I will be made well.” And immediately the flow of blood dried up, and she felt in her body that she was healed of her disease. And Jesus, perceiving in himself that power had gone out from him, immediately turned about in the crowd and said, “Who touched my garments?” And his disciples said to him, “You see the crowd pressing around you, and yet you say, ‘Who touched me?’” And he looked around to see who had done it. But the woman, knowing what had happened to her, came in fear and trembling and fell down before him and told him the whole truth. And he said to her, “Daughter, your faith has made you well; go in peace, and be healed of your disease.” (Mark 5:21-34 ESV) See how Jesus was busy, but not so busy he couldn’t give time to a desperate man, or a hurting woman. He heads off to help Jairus’ daughter, but then is interrupted by a woman in need. He didn’t just brush her off and send her away. No one would have blamed him – who is she to think she can just take some healing from him like a pickpocket? Or maybe she just wants to touch a famous teacher? What gives her the right? Nor did Jesus anonymously heal her on the spot while walking – you know he could. He stops, he meets her, calls her an affectionate name “daughter” and heals her. This episode says so much about the value he places in human life – even a female human life, which was regarded quite differently in that time and culture. His willingness to go out of his way, touch an unclean woman, and stop his travels and acknowledge her as a person speaks volumes. I remember a dilemma like this once – with only a few minutes before I had to lead a church service, someone asked to speak to a pastor. It turned out she was in desperate need of help, and planning to harm herself, and not stopping to speak to her would have been disastrous. Question: Do you live at a pace that allows you to be present to those around you, particularly your neighbourhood?