Thursday - Act On It - Worry 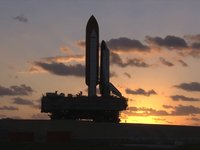 Today we look at how Jesus teaches us to stop worrying

Helene Hadfield said she doesn’t worry about her husband while he’s in space, despite the high level of risk involved in his work.

“If I did, I would go crazy. You can either spend your time worrying or spend your time enjoying the whole process and knowing Chris was loving every second of the time. For me to worry, it would be counterproductive because it would take away from his joy,” she said.

“And I trust him. I trust that he can fix things and he knows what’s going on and he’s trained for so many years and he’s so competent. But most of all, I just know that he loves what he does so it doesn’t matter what the risks are.”

She has faith in her husband, but of course he’s not God, he’s just a man in the sky!

For our worries, the solution involves deeper faith, but in God. This is why Jesus says, “You of little faith.” He’s not telling people with no faith to get on it. He’s talking to his followers, people with some faith, and he wants them to deepen their reliance on him.

Apply him to all areas of life…trust him with his creation, rather than thinking its all ours.

Having God’s kingdom as first priority means we can have all sorts of second priorities. Think back to the image of our water glasses last week – pouring into God’s kingdom overflows into our worldly needs.

But if I worry about building my kingdom, I am consumed by worry.

Note that Jesus isn’t saying he’ll give you all your wildest hopes and dreams. He’s offering a bird’s level of food and a flower’s level of clothing! Oh, and citizenship in his kingdom. That’s what makes it all worthwhile.

Challenge: From your worry list, what do you love more than God? How can you love God first, and those things second? In what decision today can you extend a little more trust to God than before?