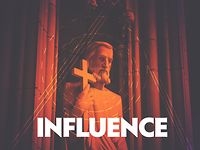 When the iPad first came out, it was revolutionary, first of its kind. Sold 2 million in the blink of an eye.

But within days of its release, its first virus was released. It was malicious software masquerading as a product update…something that claimed to make an iPad even better! But this update would actually destroy it.

We are coming to the end of studying the Sermon on the Mount, and something similar is happening. Jesus has just released something incredible into the world. It’s still widely regarded as the greatest moral teaching ever. The sermon was a detailed description of his kingdom, and how his followers are to practice kingdom living.

But naturally, Jesus knew, there would be people waiting in the wings, pretending to be his followers, but planning to twist and take advantage of his words…claim to be speaking for God like real prophets.

These are the Wolves in sheep’s clothing. Not people with innocent questions, or doubt. This was active opposition.

Jesus says guard against them, and you will know them by their fruit.

We’ll study four “fruit” to watch for. They will be:

Look at each of these through the week.

Question: When have you seen someone undermine good work? How could you tell?

See you tomorrow. Or at Coffee hours on Wednesday. Live C101 in fall. Or just get in touch.