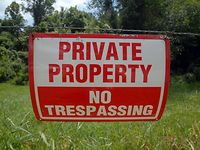 We’ll look this week at the difference between knowing someone, and knowing about someone. We’ll use celebrity stalking cases to illustrate this.

One person was obsessed with Sheryl Crow, sneaking backstage to meet her and calling her his “spiritual twin.”

A pizza delivery man was convicted of stalking actress Gwyneth Paltrow. Like many stalkers, he tried to reach her by going to the home of her parents.

One was stalking Mel Gibson…claimed that god told him to pray with Gibson, and that’s all he was trying to do.

Another was obsessed with tennis star Anna Kournikova. He decided that if he took off all his clothes, swam across Biscayne Bay to her house, climbed up on her deck and shouted, “Anna, save me!” he’d win her heart. He executed the plan perfectly except for one tiny mistake — he swam to the wrong house, was arrested and sent to a psychiatric institution.

This would have been terrifying for the real people being stalked. But despite that we are tempted to laugh, because the stories are so far from reality we know.

What they have in common is that these people think they know these celebrities, and can help them, love them.

Some will memorize every stat about an athlete, an actor’s every appearance in film and television, and obscure facts.

They know all about someone, but don’t know them, even if they think they do or should.

We asked people on the street if they ever met someone famous, and if that person was like they expected.

Question: Have you ever met someone after years of learning about them? How was it different? What’s the difference between knowing about someone, and knowing them?