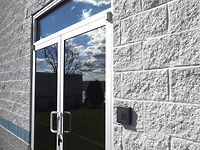 Yesterday, we saw one misunderstanding of Christian faith – that’s it’s just about saying the right words to go to heaven.

Words can be faked, spoken out of fear or manipulation, or we may be afraid of their power. So it’s tempting to say Christian faith is not at all about words, and only about good works.

You may know people like this – I knew one who said they didn’t need to be part of a Christian community, or church, simply because she was a nurse who cared for sick people.

People regularly quote St. Francis of Assisi, who the current Roman Catholic Pope named himself after, as having said something like “Always remember to preach the gospel, and if necessary, use words.”

But it’s a misquote, he probably never said it, and probably didn’t belive it. Neither did Jesus.

It seems these people did amazing things in Jesus name. They performed many of the same deeds as the disciples.

They would prophesy – speaking God’s truth. They were casting out demons, and doing other mighty works – miracles! But these things aren’t enough.

For example, with the miracles, it seems God could do great things through people like this. But that didn’t make the person great, and it’s apparent they considered themselves great because of their deeds.

The problem is their dependence on those great acts. They plan to show up at heaven and explain all they’ve done. Like a celebrity stalker showing up at the celebrity’s house, to tell them how great their imaginary relationship is, and all the things he’s been doing to earn her love. No thank you. I don’t know you.

Question: If Christian faith was just about doing the right thing, how would this contradict what Jesus said earlier in the Sermon on the Mount, or elsewhere?

We meet for coffee every Wednesday night at Starbucks in the Chapters Store in Ajax, in Durham Region just East of Toronto. Maybe we’ll see you there?