A few years ago now, Malcolm Gladwell wrote a book that transformed the way people think.  He wrong Tipping Point, all about how movements can starts slowly, grow slowly, and build to a critical mass, the tipping point, and suddenly see explosive and viral growth.

I remember when I knew a handful of people with iPhones.  A friend told me he wanted to develop an app, and I had no idea what he meant.  Then suddenly, everyone had an iPhone, and I developed an app!

Another example would be Crossfit.  It’s a high intensity workout brand licensed to gyms around the world.  It started with one gym in 2000.  5 years later they had 13 gyms using the brand.  But then something happened…it started to grow, as you can see in the graph we’ve shared.  In one year it grew 706%!  There are more than 9000 today. 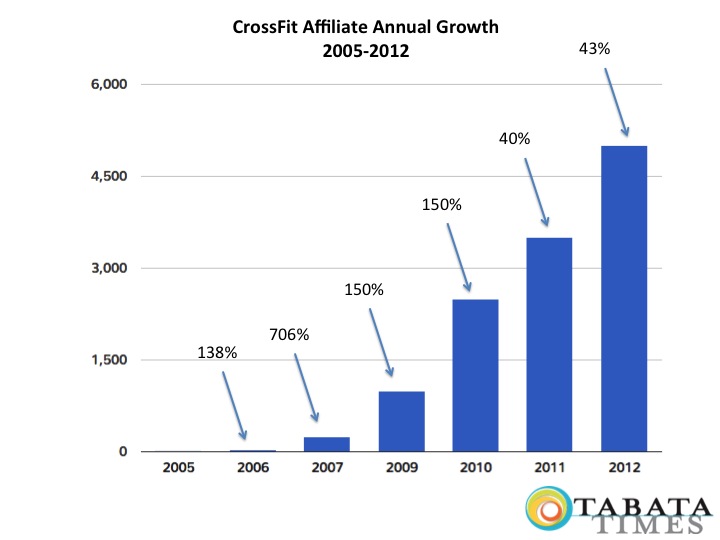 Christian movement was like that.  Started small and slow, a band of a dozen became a few hundred.  They reached a few thousand people around Jerusalem, but this local movement could hardly be expected to change the world.

They got there…but had to reach a tipping point, first.

This week we’ll see how they finally broke the barrier from reaching people like them, to reaching the world.

Question: What have you seen that started slow, but then grew quickly?  What was the tipping point?

Meeting with a Group?  Your discussion questions are in this week’s Group Study Guide