Do you feel that there is anything missing or some issue or question you have that you want addressed?

But the most important part of this line is when we listen to the Prodigal Son Story in this context:

The younger son had gone as from his father as possible, he was like a 1.  He went as  far as he could physically, and he rejected everything his father stood for in the way he lived.  But the minute he started heading home, his father ran out to meet him.

The older son had stayed physically close to his father.  He was like a 99.  But the minute it was revealed that he didn’t understand his father was a man of grace, and started to head away from his way of life, his father ran out of a party to chase after him. 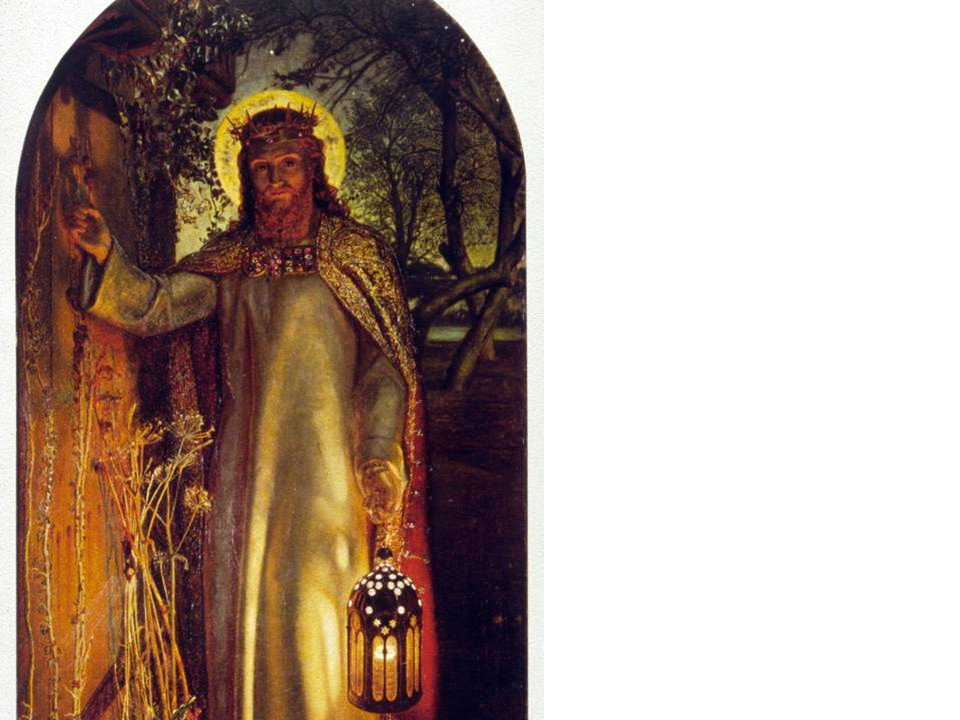 There is a very famous painting by the pre-Raphaelite artist Holman Hunt — 1905 called The Light of the World and it hangs in St. Paul’s Cathedral in London.  In it, Jesus, the Light of the world, stands at a door which is overgrown with ivy and weeds. The door clearly represents the door of someone’s life. This person has never invited Jesus to come into his of her life. Jesus is standing at the door and knocking. He is awaiting a response.  He wants to come in and be part of that person’s life.  Apparently someone said to Holman Hunt that he had made a mistake in the painting. They told him “You have forgotten to paint a handle on the door” On no replied Hunt, that is deliberate. There is only one handle and that is on the inside.” In other words, we have to open the door to let Jesus into our lives. Jesus will never force his way in. He gives us the freedom to choose….the freedom to open the door or not.

But when we do decide to turn to Jesus and accept God’s grace, then the relationship is established and God begins to work in our lives by his spirit and that when you will find yourself being transformed –.  Its an inside job !

God love us enough to accept us as we are, but loves us so much he won’t leave us that way…a life of transformation through grace.

Question: Do you feel that there is anything missing or some issue or question you have that you want addressed? Is there something blocking you from moving towards the right of the graph?